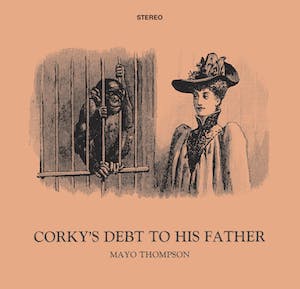 Twitter
Email
The 50-year anniversary of the release of Mayo Thompson's album, Corky's Debt To His Father.

Corky's Debt To His Father is a solo album by Mayo Thompson, a founder of the Red Krayola. It was recorded and released in 1970 on the independent label Texas Revolution. The record is an experiment in the genre of solo singer-songwriter format and as Thompson says, it "embraces the personal and treats the instrumental power of music for the sake of expression." Thompson and his band are playing a series of concerts marking fifty years of Corky.