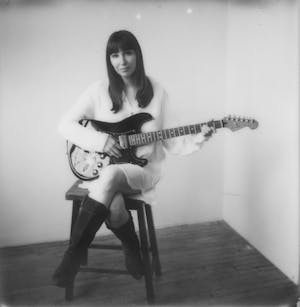 Jess Robbins wrote her first song in third grade about the distant and mysterious planet, Saturn. Today her songs focus the same sense of wonderment and reverie on subjects a little closer to the heart. Her natural, flowing sense of phrasing and meter belies the hours of hard work spent honing her craft. In 2010 Jessica released her first album "Dear Fred" to positive reviews, and she has continued to play all over her native Chicago. In 2012 she released her EP, “Habitat” and is planning on releasing a new full length album in Spring 2018. Time Out Chicago called Jessica a promising new artist and wrote that her “smart songs veer toward the folkier end of the rock spectrum but often recall the bite of Aimee Mann”. In 2018 she released the record, Lightfield, which could easily be called 'dream folk' and has more of an ambient alternative sound which explores the mysterious and daunting side of life. This summer Jess recorded a new record in the Texas hill country where the band is working on a more synth-pop album which will be released in 2020. She also played guitar for eight years with the legendary all-female improv group, Virgin Daiquiri- seen at Second City and IO Theater. Jess truly enjoys the wild, electric combination of inspiration, spontaneity, and music.