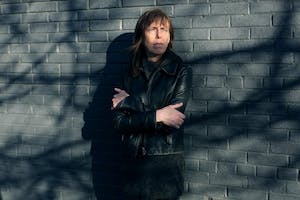 Twitter
Email
Helen Money has been called “A classical-cellist-turned-avant-metal virtuoso" by the Boston Phoenix.

Alison Chesley, who performs under the name Helen Money, is a cellist who has become known for her adventurous sound, bold compositions, and compelling stage performance. Chesley has released four solo albums, played on hundreds of releases with artists such as Bob Mould, Mono, Anthrax, Broken Social Scene and Russian Circles and has toured with Shellac, Neurosis, Sleep, Earth and Bob Mould among others. On her fifth and new album, Atomic (Thrill Jockey Records), she continues to push the sonic boundaries of the the instrument while also delving deeper into it’s more intimate, acoustic side.