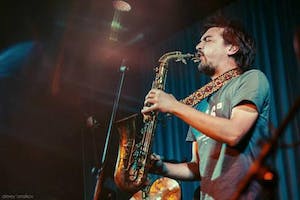 Twitter
Email
“He has the most powerful voice in the Dutch jazz music of the last decade: saxophonist John Dikeman.” - Jazzism

John Dikeman, originally from the states, has been based in Amsterdam for over 10 years. A member of the Dutch collective Doek, John has become increasingly active throughout Europe as well as frequently touring the USA. He is a member of the bands Cactus Truck, Dikeman/Parker/Drake, Universal Indians, Spinifex, and more.